Back on the road across the UK this month, relentless rock and roll troubadours The Quireboys could well have stolen a march on their rivals in 2016 and delivered the album of the year in the tense and emotive Twisted Love.

It’s perhaps no coincidence that Spike and co. have just been revealed as one of the first acts to play Ramblin’ Man Fair’s Blues Stage next July. This record is rich in self-reflection, deeply affecting melodies and lyrics that prove you really can teach an old dog new tricks. Add in Keith Weir’s soul-searching keys and this is blues given a blood red makeover.

Despite the fact that this is the band’s fourth studio offering in three years it would be remiss to dismiss Twisted Love as overkill. It’s the very antithesis of quantity at the expense of quality: suddenly it seems as if the past decade has been an exercise in building towards what must rank as the most complete collection of recordings in The Quireboys’ long and meandering career.

Rhythm section Nick Mailing (bass) and Dave McCluskey have stamped their mark on a record as powerful as it is thought-provoking. A beefed-up version of Gracie B – more akin to the thumping live favourite – is a convincing case in point and the duo continue to give the Quireboys a renewed cutting edge.

Driven forward by the proven songwriting team of Guy Griffin, Spike and Paul Guerin this endearing six-piece deserve respect and critical acclaim in equal measure. The lazy preconception that The Quireboys deal in second rate bar room rock and roll is as outrageous as it is outdated: Breaking Rocks, Ghost Train and the moody Midnight Collective scream of band only now understanding its true potential.

Twisted Love turns the screw at a time when Spike and co. are tighter than ever.

The Quireboys play Hard Rock Hell AOR from March 9-12, 2017 and Hard Rock Hell Ibiza Road Trip May 10-17, 2017. Catch the band across the UK in December playing a series of Unplugged shows. 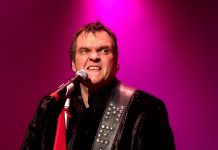 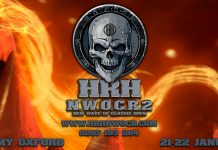