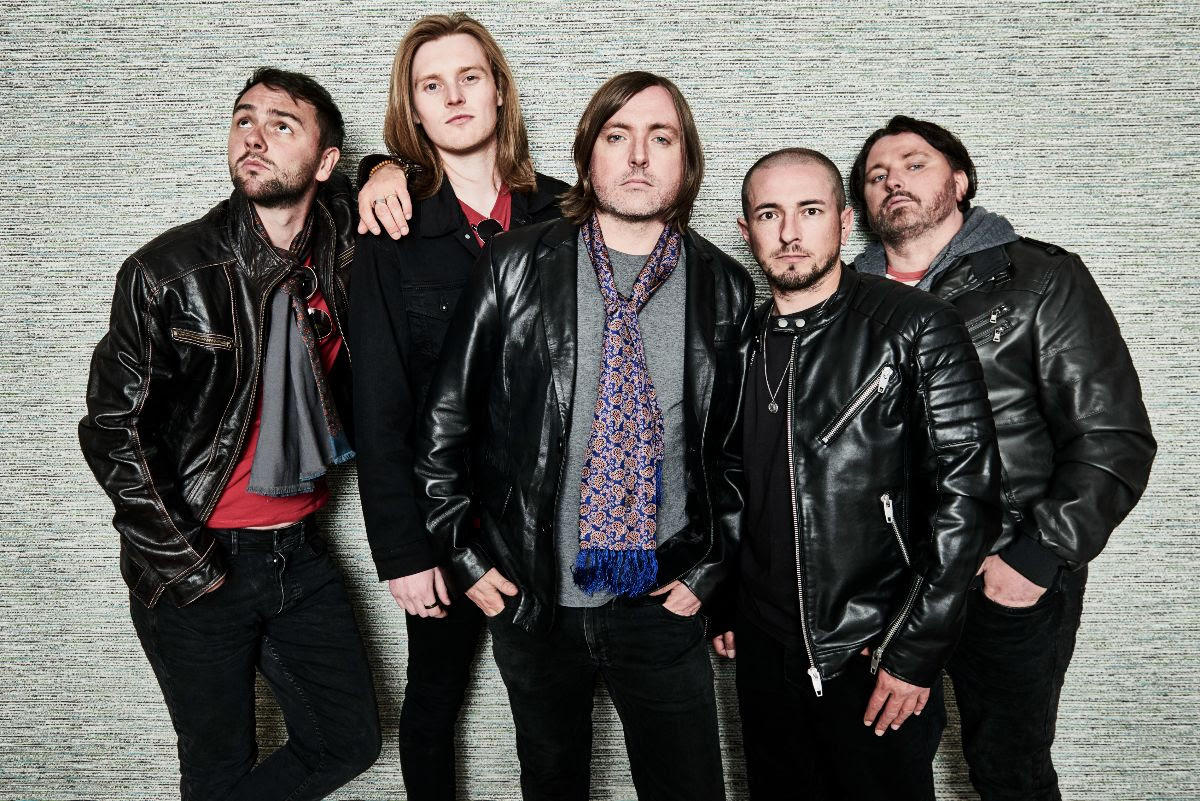 Welsh rock anthem maestros Scarlet Rebels are opening 2022 with the release of a new song and video, “These Days”. A song that sees epic, arena-sized rock meet tender balladry worthy of lighter-waving, together the track and the video aim to highlight the problems the band see in society as well as how they aim to do their part to make a difference.

Lyrically, These Days is set at the very height of society’s angst, whilst the video shows the band fulfilling their promise to collect and donate for local food banks such as Tyisha Food Bank in their hometown Llanelli, The Hive Food Bank in Islington and Pecan Food Bank in Southwark. Performing the song whilst taking warm sanctuary from the world in a beautiful, abandoned chapel, the video also shows footage taken along the journey of their food bank initiative, established in 2021 as a means of harnessing their live shows for foodbank collections, furthering the wonderful sense of community already established amongst rock fans.

Frontman Wayne Doyle explains the conditions under which the song came to be: “I wrote this song amidst some powerful storms; from both a climate and societal point of view! As humid skies clapped with thunder, there were daily stories in the news about the government not feeding the children of families on the breadline, which Marcus Rashford stepped up to shine a spotlight on. Imagine needing to point out that it’s wrong to vote for children going hungry?” 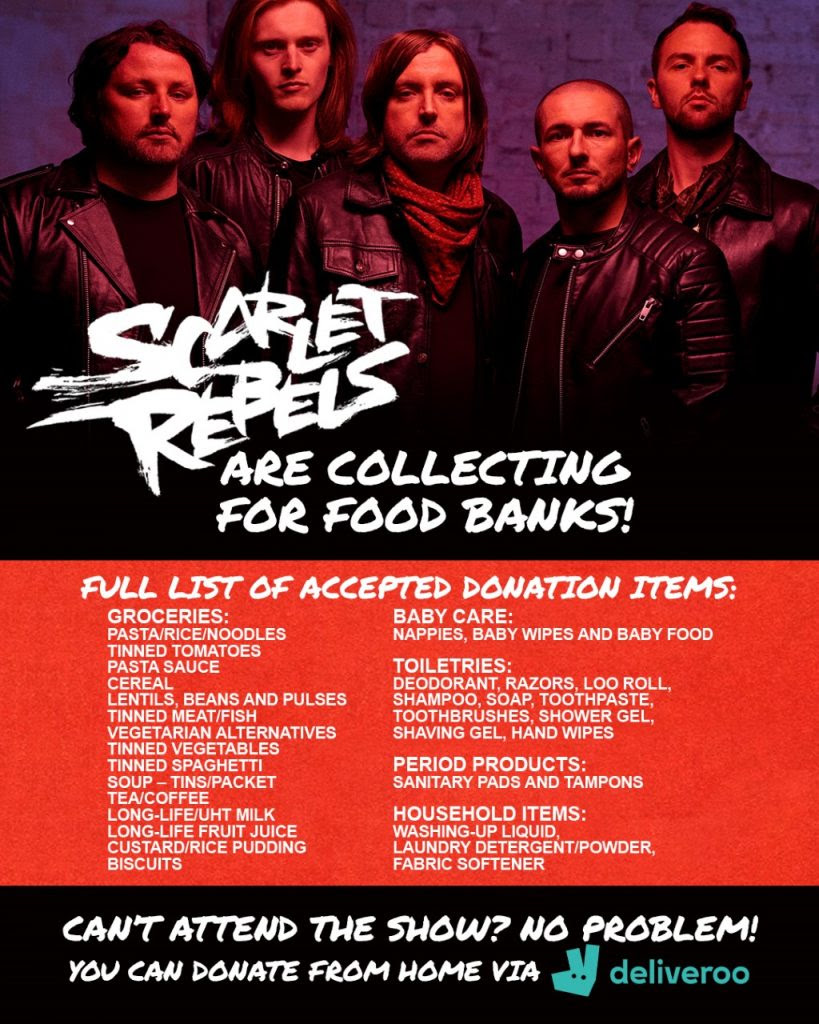 He continues: “There was also a lot of people getting outraged over the taking a knee gesture, where people wanted to show solidarity towards the Black Lives Matter movement, and parts of the media were trying their best to encourage the divisions in society. This song captures that moment in time as I saw it…”

In a stroke of misfortune, the video for These Days is a further sign of the times with the unintentional absence of bassist Wayne ‘Pricey’ Esmonde, who refrained from attending the shoot due to an ambush of Covid-like symptoms the day before it took place. Thankfully, Pricey has now fully recovered from his symptoms!

Scarlett Rebels will be joining the mothership in Great Yarmouth, November 2022 for Hard Rock Hell 15 with artists such as The Darkness, Ugly Kid Joe, Skid Row and many more!

Scarlet Rebels – completed by lead guitarist Chris Jones, guitarist/piano player Josh Townshend and Wayne’s brother, drummer Gary Doyle – will continue to collect for local food banks at their headline shows in 2022, and those unable to attend their shows are welcome to donate approved items via grocery delivery services like Deliveroo.

A song that’s already been hailed as Single Of The Year (2021) prior to its commercial release by over 20,000 radio listeners who have been privy to the track exclusively via Great Music Stories, These Days marks the final release before the band’s new album See Through Blue is unleashed on 28 January 2022. 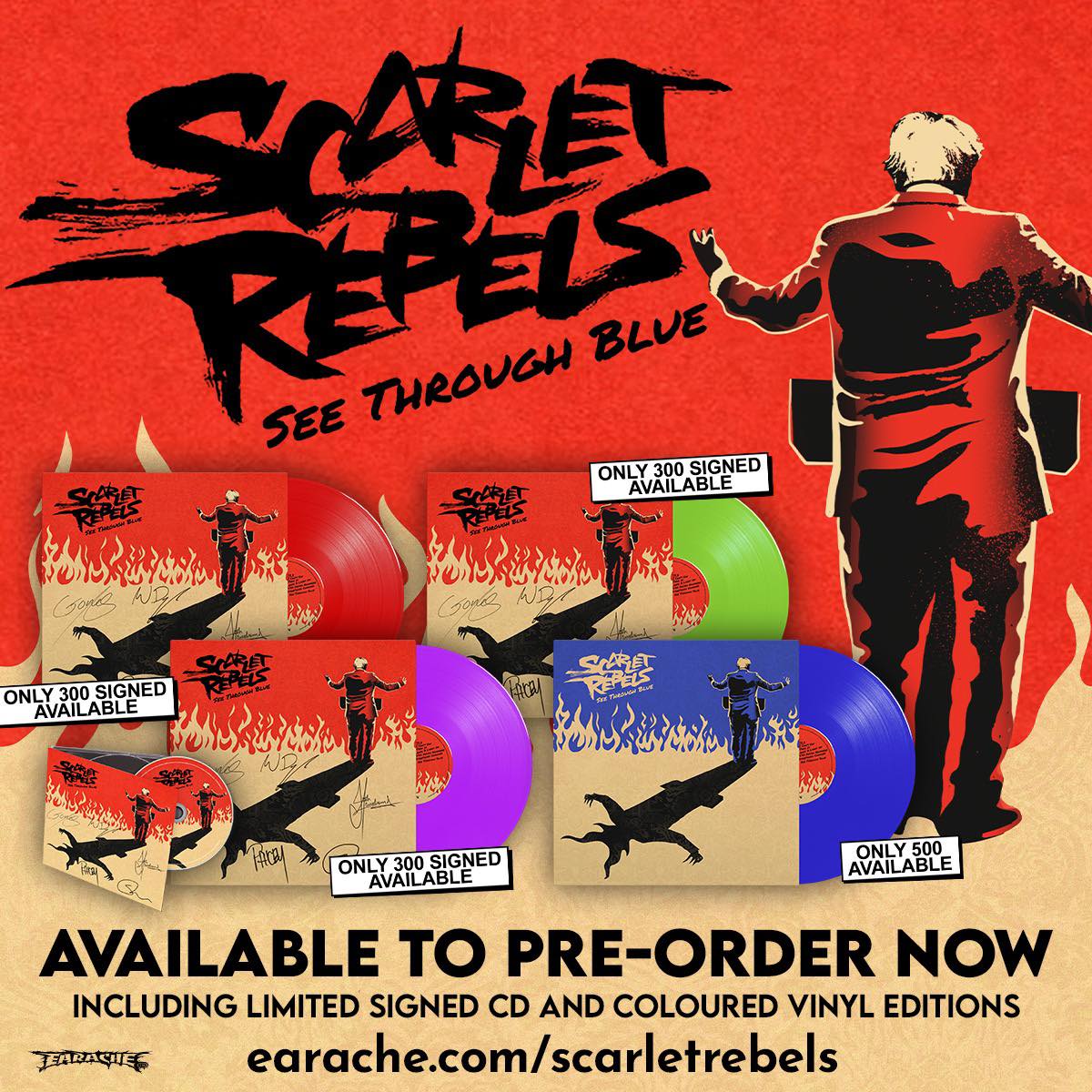