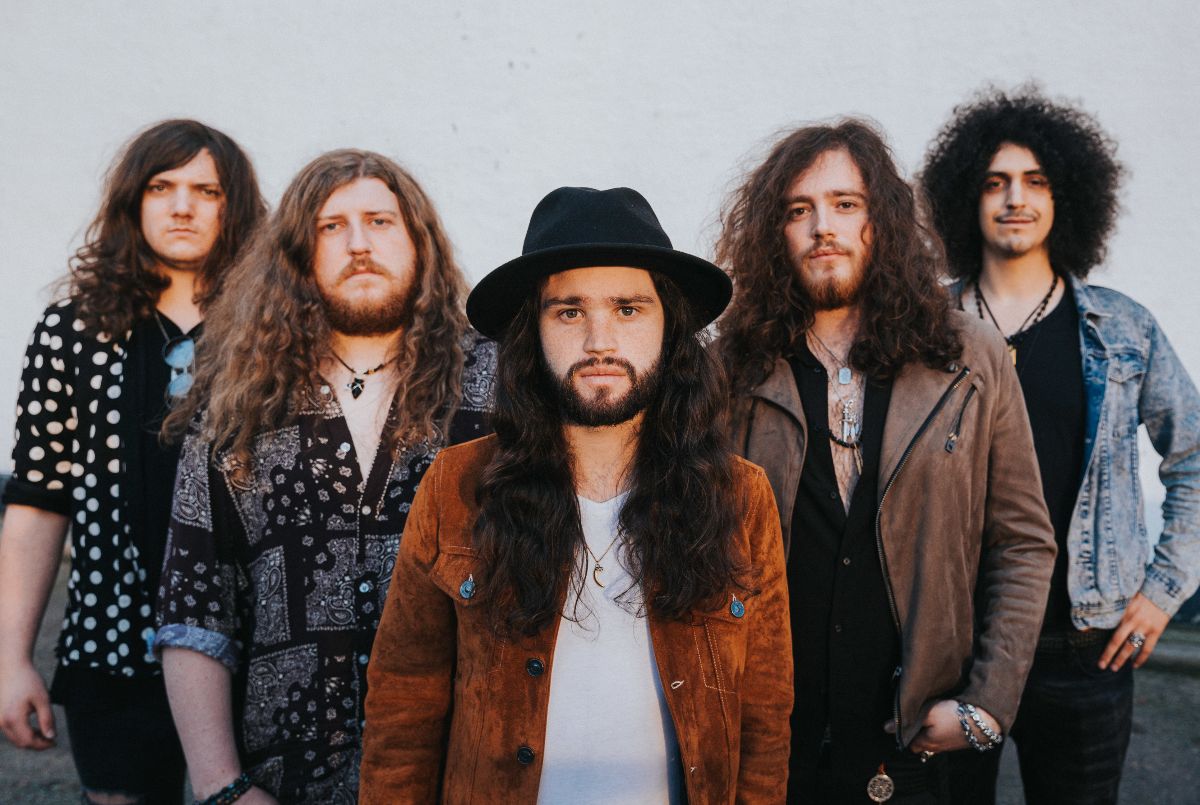 UK hard rock champions, Revival Black are delighted to release a brand-new single, BELIEVE, today – Thurs 06 January 2022. It is the first song to be released from their forthcoming second album, slated for release in Spring 2022. BELIEVE is the first new music since their stunning debut album, Step In Line, Oct 2019 and their award-winning LIVE DVD/CD ‘Live In Your Lounge’ Dec 2020, released in the depths of the COVID pandemic as part of an audience-free streaming performance.

BELIEVE as a song has had a long gestation period and has already become a firm fan-favourite on the live scene. As singer Dan Byrne, explains, “Believe, both musically and lyrically, came together almost a year before the rest of the new album, having made its first appearance during The Rising Tour. This was the first song written after the success of the debut album ‘Step In Line’ and we found that it set the precedent between our favourite aspects of our first album and the direction in which we wanted album #2 to head towards. It has since been tweaked to reflect a balance of the song’s original vibe combined with the energy of our live shows.” He went on, “The idea for ‘Believe’ was born upon the exploration of relationships and more accurately, second chances. Given the upbeat nature of the song, I wanted to take a typically sombre act: a longing for somebody but flip it into something more primal and aggressive. Believe is a commentary on the doubt and internal conflicts faced within relationships and the self-awareness of wanting something that you know may be bad for you.”

Revival Black are boarding the Hard Rock Hell 15 Mothership alongside The Darkness, Skid Row, Ugly Kid Joe and MANY more, in November at Camp HRH in Great Yarmouth!

Dan concluded, “Believe, is the one track on the new album that was recorded separately to every other, just because of how things landed during this god-awful pandemic we remain in. It was also the first opportunity since our debut for me to explore my vocal range, as you’ll hear in the chorus. Like all of our songs, it was essentially recorded live in the studio to ensure we harnessed the energy we generate as a band. We think we managed to capture the power and rawness of this song and can’t wait for people to hear it.”