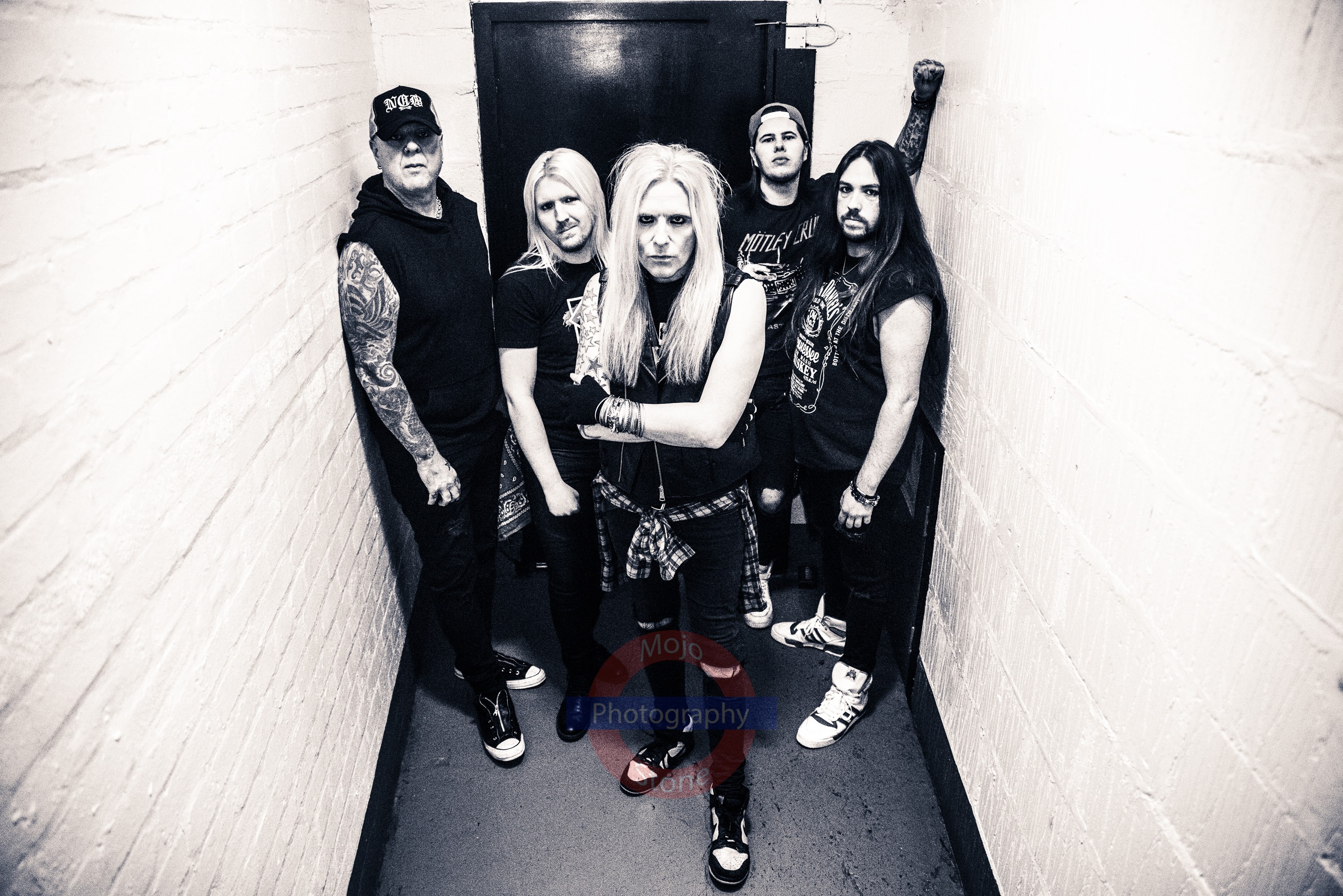 The UK’s Kings Of Hair Metal Midnite City return to the road this February for their They Only Come Out At Night Tour, their second tour in support of the band’s critically acclaimed third album Itch You Can’t Scratch which was released via Roulette Media last summer.

Since forming in 2017, Midnite City has released three albums, receiving rave reviews all over the world. Their last album ‘There Goes The Neighbourhood’ made Japanese magazine BURNN’s ‘Best Albums Of All Time’ list amongst many other accolades… 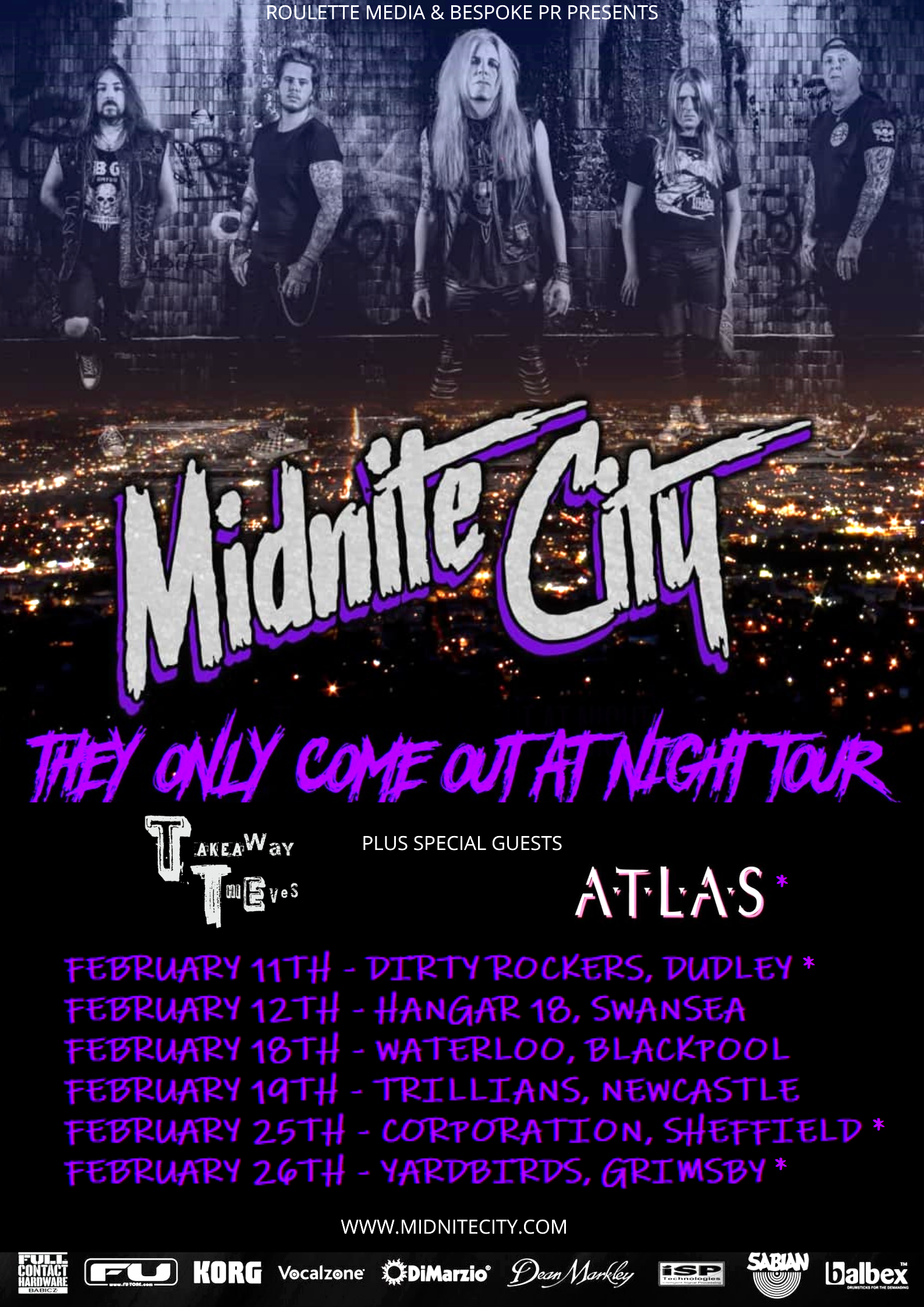 The band has since dazzled audiences all over the UK, Europe and Australia. And in October 2019, the band played two sold-out shows in Japan. In June 2021, the band released their highly anticipated third album Itch You Can’t Scratch, an album that has already been voted ‘Album Of The Year’ in many publications. The band also released MTV worthy videos for the singles Crawlin’ In The Dirt, Atomic and They Only Come Out At Night, solidifying the bands growing reputation as the worlds NO.1 Hair Metal.