There’s no doubt that Michael Monroe’s painful brush with a metal pole (check out the video footage on the HRH Mag Facebook page) at HRH AOR earlier this year could have led to something far more serious than the odd cut and a bruised ego.

For an individual who’s experienced tragedy at first hand it’s baffling that the 54-year-old Finn takes any risks at all. But listen to this career-spanning compilation and it’s clear that Monroe’s life imitates his art – the flamboyant frontman has always put his neck on the line and worried about the consequences later.

At his age the ex-Hanoi Rocks founder really shouldn’t be scaling safety barriers to belt out rock and roll anthems but then, by rights, he shouldn’t still be penning killer tunes like Simpletown in the twilight of his years.

One of three new releases on this life-affirming double album, at first glance it’s a light-hearted ‘trip’ down memory lane that references Kiss and Aerosmith along the way. But like so much of Monroe’s best work an apparently optimistic refrain exists in the shadow of biting reality.

Had things been different, one of the most charismatic live performers on the planet would have been the biggest rock star in the world. History confirms Monroe – beloved of his peers but never quite realising the critical acclaim and commercial success his talent deserved – took a few wrong turns and suffered a series of damaging setbacks.

But all the while his music retained a certain quality and a genuine appeal and this recollection of the solo years proves the point. Stretching back as far as 1987’s Nights Are So Long and bringing Monroe’s back catalogue bang up to date with a trio of tracks from 2015’s Blackout States, striking consistency is the common theme.

Side project Demolition 23. provides a quartet of killer tracks from 1994 including live staple Hammersmith Palais: are there four better lines in the Monroe canon than ‘New York City’s boring/Since the punks all went away/Tokyo’s gone techno and Berlin’s going crazy/I ain’t had no fun since the Hammersmith Palais’?

Replete with revealing archive images and the previously unreleased Maget Carpet Ride, featuring Monroe’s biggest fan Slash, this two-disc celebration is testimony to the true value of a genuine rock and roll treasure. Savour. Cherish. It’s All You Need. 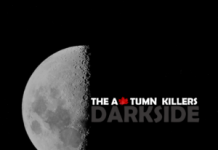